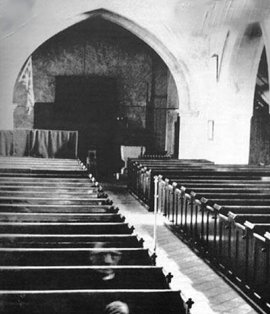 Carson pulled out his necktie as the air became heavy with organ music and she approached clouded in white. The woman he swore to always protect and cherish had finally arrived. It was the day that they both had been planning on for years, the final act of solidifying their mutual commitment to each other. Nothing would prevent their love from being an institution and there was no changing today’s final, beautiful outcome.

She felt her eyes tearing up as Candace James started her walk through the church. The wedding dress now tight with the few extra pounds Candace had gained over the last five years. It had originally made her look like the belle of the ball, an angel in white satin. Now, it was merely a frumpy obligation to a promise she’d made.

Two days before her wedding, a truck swerved out of one lane and hit her fiancee’s car straight on. He was killed instantly but, no one thought to tell him that directly. Every year since that tragedy, Claudia puts on the wedding gown that she had picked out and comes back to this now vacated church where he is always waiting.

Carson’s transparent heart felt alive again as she walked towards him once more. He would wait for her, always. After all, this was their day that was forever meant to be.

Christine was driving over to her Parent’s house in a furious state of mind.   She had just walked out on her boyfriend of two months, Scott.  He wasn’t a total loser but, his final insult of her value to him an hour earlier was the final straw.  He was a man of frugality, never wanting to spend any exuberant amount of  money on any of their dates.  Scott always claimed to be “great with a budget”, a trait that Christine actually admired in his personality.  She was never good at finances herself, often finding her checking account slightly overdrawn.

However, there is a difference between being “financially astute” and just being downright “cheap”.  It was the realization that Scott was the latter that finally pushed Christine out the door.

Valentine’s day came and with it Scott went surprisingly overboard earlier with the gifts. Christine was shocked to receive multiple stuffed animals, various boxes of chocolates and at least five huge metallic balloons.  This was highly unlike Scott to spend this kind of money on her.

Christine had come over to Scott’s place right after work and was greeted at the door by Scott holding a giant teddy bear.  She entered his apartment and gasped at the generous pile of gifts he had for her on his coffee table.

Twenty three minutes later, Christine had stormed out through Scott’s front door in total disgust.  She got in her car and started driving over to her folk’s house.

It wasn’t that the abundance of gifts weren’t wanted or welcomed.  Scott just decided to give them to Christine the day after Valentines day.  He purposely waited for all the merchandise to be discounted.  Upon admitting this to her, Christine dumped Scott right there in his living room.  She did grab one small heart-shaped box of candy on her way out the door, always being fond of dark chocolates-no matter what the price. 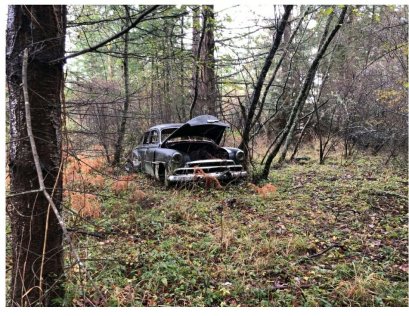 The branches of an early Autumn frost crack under the feet of William Ward as he continues his walk home.  He exhales a dry breath as his age slows down his pace.  Today was a good day for him, with a quest full of treasures.  The canvas bag he carried was filled with a wool cap,  some slightly irregular socks,  a few mildewed paperback books and a dented can of carrots.  William loved carrots.  When he was a little boy,  he would be the only one out a family of four kids that would eat every single one off of his plate. His Mom would then embarrass him with a big hug and kiss  right at kitchen table.  Of course back then, those carrots were cooked by Mom in this special glaze that made them extra crunchy and irresistible.  Those days were long gone now, along with his Mom and his three sisters. The days now were very different for William.  The safety and warmth of his childhood home were eventually replaced by different levels of life’s standards.  His apartment right out college was small but decent, as was the cape cod he had bought with his wife, Barbara.  There the two them lived for many years, raising three boys to manhood and marriage.  William often thinks of those memories, they instinctively seep into his present state of mind on the nights when the open cold air numbs his body.  Night would soon be descending, as the afternoon sun was starting to set.  The chill of the night would be upon the woods.  William would rely upon the six blankets and giant stuffed teddy bear to keep him warm.  He approaches the rusted husk of the Plymouth station wagon and throws his bag inside. He thinks of Barbara and the over-sized sunglasses she used to wear in this car back when they would drive the kids down to the Jersey shore for summer vacations.  She was always a fashionista, even wanted makeup on her face as she slipped away in her hospital bed.  This had been a damn good car. William remembers his Dad repeatedly telling him growing up,

“Son,  just always change the oil on ANY car. She’ll last a lifetime”.

And as usual like most Dads are with their uncannily accurate advice,  Dad was right. This car ran for many years and thousands of miles.

William coughs into the open air, fighting off a potential cold.  He gets into his car once again,  the one he now calls home and closes his eyes.  He thinks of how good of a day it was to have found a dented can of carrots as he slowly falls asleep.