I am summoned by your fears

We are one yet never to meet

Repeated torments of a simple quest

Desired love for who you were

Corrupting your intent,  weakening our value

Your endless pain spawned me in your mind

We no longer will be emotionally raped

I promise you through silent screams as your protector within

Ladies and gents, boys and girls

Time for a new episode within your world

No need to be halted from your troubled past

An opening of your lids is more than enough

To realize life’s worth despite being so rough

Look out with sharp focus from wherever you start

Step forward with intellect in a duet with your heart

There will be mistakes as this current shift speeds along

Just cut yourself slack and learn from these wrongs

Each breath that you take applauds your debut

What a joyous night for all three of these men

Their marriages now successfully come to an end

It was Winthrop today halting his wedded bliss

By legally stiffing his former miss

Franklin and Boyd were a year divorced

Winning out a large settlements by bribing the courts

All three were quite wealthy to buy out their judges

Then having their cases slanted against their ex-loves

The men got out cheaply not owing one alimony dime

Despite their infidelities with other ladies at various times

The restaurant echoed with their mischievous laughs

As champagne was poured by a waitress on staff

Their was no sign of the waitress who had apparently fled

No other witnesses knew who this woman was

Some poisons mimic champagne just enough for a lethal switch 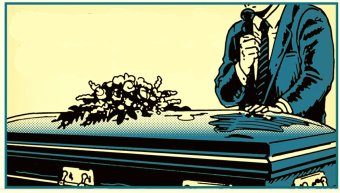 We had heard of the news of Phil not doing well

And now we are here to say our final farewell

Why must it be sadness that brings family so near?

My eulogy for him will really be about everyone here

All physically awake but often dead inside

Our daily speed is always set to go fast

Burning ourselves out with endless tasks

Slaving in jobs that drain our passion

Neglecting our health by staying in fashion

It takes the departure of one to make us realize

That our time in existing should be enjoying our lives

Our loved one lay here now able to live

Free of the burdens that this world made him give

I pray  we all leave today feeling reborn

Acknowledging ourselves worth slowing down for

Sydney and Ginger were always fighting on the set. Usually, it ended in one of them storming off in some furious mood not wanting to deal with the other at all. Today’s display was your typical, often repeated “I refuse to do that scene” argument. They both shared quite a history together, having worked on over forty adult films. Sydney was the creative force behind the camera while Ginger was always the star attraction.

“But, baby it’s an important part of the movie. It’s when Princess Dumee takes over the kingdom of the three planets by pleasing all three kings” Sydney pleaded with Ginger, as he followed her frantically past other sets filming their own separate productions.

“You must think I’m some kind of idiot, Sydney. We’ve been over this before. I only do one-on-one scenes. I ain’t going with three guys at one time.” Ginger snapped as she turned to confront Sydney. She stood up straight, lifted her chin up and proclaimed. “I am a serious actress and I only work with other serious actors!”

Sydney stepped towards her. He knew she had to be calmed down. Usually, when they argued and depending on who started it, Sydney would shake some new jewelry at Ginger or She would shake her fake breasts at him. Both of these methods always proved to be effective in ending all conflicts. But this time, Sydney had never seen her this upset.

“Honeybee, I know you’re not an idiot.” He took off his signature over-sized sunglasses. “And I know you’re a serious actress. Why, I would put you in a scene right alongside Brando, DeNiro and Nicholson!”

Ginger smiled at Sydney, her face now glowing with confidence. “Why didn’t you tell me from the beginning that those are the guys in the scene? Come on, lets go do this. I’ve always wanted to meet those LEGENDS!”  She walked proudly back to the set, already stripping off her clothes.

Sydney stood there for a moment, just watching her. Of course, those weren’t the REAL acting who would be filming the scene with Ginger. He simply didn’t have the heart to tell her the truth after he saw that gleam in her eye. He couldn’t never hurt the feelings of the woman he loved and married.

Doctor Stein gazed upon the four friends he had made

The ones sewn together after looting their graves

He wanted some companions, it was as simple as that

Ones to spend time with and have a chitchat

He threw a big switch to make them alive

Finally hoping for players on his lonely game night

Words begin groaning from these once comatose skulls

But, unfortunately their dialogue was incredibly dull

Being dead had erased all their past, social skills

Something needed to be done with these classless horrors

Then the doctor remembered a charm school with high honors

After attending a class of fine etiquette training 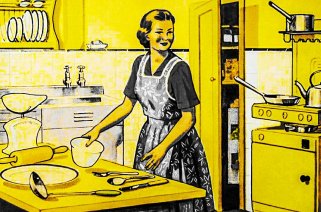 Dr. Gabriel Rockwell’s experiments in behavioral science had always been considered odd. Some of his fellow scientists at the institute, (despite their respect for him) would secretly question the validity of Dr. Rockwell’s stats from his research. Still, the board members running the institute were satisfied with the results and continued to approve funding for all of Dr. Rockwell’s experiments. The latest one that recently concluded discovered yet even more significant understandings of the human mind with unfortunate consequences.

“Project- Colorblind” was simple in its theory. Dr. Rockwell hypothesized that, if a person suffering from a psychotic disorder were to be exposed to an environment comprised completely of one color over an extended time period- the result would be that their behavior would drastically change for the better. Miss Arlene Woodard had been the first subject chosen to undergo the test. Miss Woodward had was serving a life sentence in prison for the brutal murder of her entire family. On March 1st, Dr. Rockwell had Miss Woodward moved into a special house that was constructed just for the experiment. The entirety of the house was fabricated completely in one primary color. Every piece of furniture within the four room house, including walls and floors, were decorated in a bright sunny yellow. The subject would have no contact with the outside world or any other colors for a period of ninety days. She would be videotaped throughout the entire process and closely monitored by Dr. Rockwell’s team under secrecy. Miss Woodward was provided with substantial supplies to cook her own meals and take care of personal hygiene. All the food and toiletries were previously dyed or made out of yellow materials, made by a seperate division of the institute.

At the end of ninety days, Dr. Rockwell would conclude the experiment and inform Miss. Woodward that the test was over. What Dr. Rockwell was greeted by upon entering the house was a very different Miss Woodward than the one who entered the structure ninety days before. She displayed no more violent tendencies or thoughts towards others. Miss Woodward was now a polite and approachable woman with a radiant smile. She was quite docile and expressed how happy she was to have company over to “her home”.  All memories of her past life (before the experiment) had apparently vanished, with her not remembering any of it. Dr. Rockwell had even jokingly compared her to a “50’s sitcom wife” to one of his colleagues about Miss Woodward’s behavior and look.

Dr. Rockwell was initially pleased with the results. Then, something went horribly wrong.  Miss Woodward insisted that Dr.Rockwell and the two accompanying scientists stay for some home baked refreshments and a hot beverage.  The invitation was accepted and a few minutes later, Arlene returned from her kitchen holding a serving tray.  According to Dr. Rockwell in his statement to the police after the incident, Arlene suddenly became agitated by the complete lack of interest in what she had served.  She proceeded then to grab a fork off the serving tray and plunged it directly into the neck of one of the scientists. She was erratic in her movements, screaming out obscenities about “her cooking always being hated”. Institute security soon arrived and subdued Miss Woodward in a straitjacket.  It was only later discovered after a closer look into Miss Woodward’s background that a possible reason was uncovered for the accident.  The original motive behind the murders of Miss Woodward’s family, was the constant criticism she would receive from her family about her cooking skills. Over an eleven year period, every single meal that Miss Woodward prepared for them was ridiculed and sometimes either ignored or thrown out in disgust. This apparently was still a deeply rooted trigger for Miss Woodward and how the scientists reacted to her current culinary offerings, caused her to have a complete psychotic breakdown.

In his exit interview from the institute, Dr.Rockwell stated, “I still feel the experiment was a success. Being surrounded by the existence of one color in an individual’s world does indeed alter even the most violent personalities. My error was in its initial effects to a perfectly normal person. Miss Woodward became quite a decent cook in the ninety days of the experiment. However, the appearance of yellowed tea served with yellow brownies was simply a ghastly site to myself, Dr. Renow and the late Dr. Corrigan, God rest his soul. Ironically, Arlene’s brownies were quite tasty, once you closed your eyes and took a bite”. 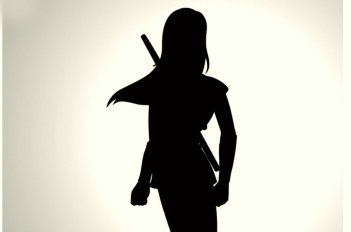 A target at their table

Her role given in this newlywed game

Silently listening to her labeled failures

She is useless in his eyes only

Spoiled now from this one’s wallet

But, her performance is his agenda

Playing whore in his sick wants

A stream begins bubbling within her

Seeing value somewhere in her soul

Those who led her lead no more

A current dude at her counter

She now stands immune over such pathetic romeos

A role now is hers alone to define

This scarred warrior embracing her destiny, finally as herself

You’ve lost me forever with your false given love

You labeled me yours for all who listened

Yet, my voice was ignored in this selfish decision

Things that you did always cheapened my value

Acts for the norm in someone so shallow

Flowers ripped out from a yard next door

Through all of this you bought the world for another

Decorating her life as if there was no other

You cry for my touch at my departing pace

Go hunt for some new victim to settle for second place

Being a marriage counselor, It’s interesting for me watching couples  interact with each other. They sometimes talk of inside-jokes and playful references from their relationship. Doreen and Carl had many of these in their marriage. She labeled his laziness in not filling up empty ice cube trays with water to freeze as “Glacial Amnesia”. Where as he called her way of bowling the “Dinosaur sashay”.

The dawn awakens my chaotic ways

it returns again torturing all days

Such constant battle to be just humane

Punishing myself in eternal blame

Where is the crime that warrants this jail

This stream of thinking that repeatedly wails

It’s an intangible poison that fills up my mind

A syrup of sadness that my reality has defined

This natural venom that flourishes in lies

Flows within demanding my demise

Its that edge of ending that gives me full control

I’ll live with this pain instead of damning my soul

Written for Fandango’s Flash Fiction Challenge #16. The image above is from Stine86Engel@pixabay.com.