Some of earth’s animals were sucked out into space
Aliens from Mars were trying to create a new race
They were attempting to co-mingle genes from all different beasts
Hoping for a monster that would conquer worlds with ease
Not knowing the breeds on which they would tinker
Mixed a stink bug with skunk breeding one super-stinker
Luckily, the aliens gave up on their plan
The smell in their ship forced them back to their homeland

“FOR THOSE ABOUT TO ROCK….” came blaring out again from the apartment next door. Ted jumped from his recliner, just as he was about to relax for a quiet evening at home. He had been living in this apartment complex for close to four years now and never had any issues with any of the neighbors. Then, someone moved in next door about two weeks ago. Ted never met them, but he sure was aware of their presence. This was the second night in a row that the sounds of loud heavy metal music was played for Ted to hear. The music disrupted his temporary tranquility at home, away from his busy life. Plus, the volume just annoyed the Hell out of him. Tonight, it was even louder yesterday and Ted decided to end this once and for all. To him, it was a foregone conclusion that it was probably some twenty-something dude with a taste for “sex, drugs and Rock and roll”. The band ‘AC/DC’ continued to seep through the door as Ted aggressively marched next door to his neighbor’s apartment. He rang the doorbell multiple times before it finally opened. Ted was all set to give this ‘rocker’ a good verbal thrashing. Instead, who answered the door was an attractive woman with an glowing smile. Before Ted could say anything, (Not that he would now, being suddenly enamored) she handed him a small business card.

Hello! I am a deaf individual. Please be patient when communicating with me. Thank you.

Ted smiled as he read the card. ‘AC/DC’ began a new song surprisingly much lower this time, almost like someone rapidly turned the volume down for a moment. He looked up at the woman and spotted something moving past her, within the apartment. On an entertainment stand, was a stereo. Sitting in front of it was a grey kitten, playing with some of the protruding knobs. It was turning them for amusement as some delightful new ‘cat-toy’. Ted looked at the woman, smiled and began hand signing to her. This was a mandatory skill for his occupation in teaching to the deaf. The two of them started laughing, as they both turned to watch the kitten crank up ‘Back in Black’ , its tail waving in the air in oblivious amusement.

As to why a new act flopped on opening night

Frank had been in showbiz for close to thirty-five years

“Knoles has a nose for talent”, his reputation from peers

Minor successes in their own ways, just not box office giants

This new performer he premiered was a large strongman from Brussels

Piotr Yawnvergerschueder and his magnificent muscles

It’s not that his act was lousy or without flair

It’s just that the theatre was empty with nobody there

Frank realized his mistake in one starling notion

He had shortened Piotr’s name for easier promotion 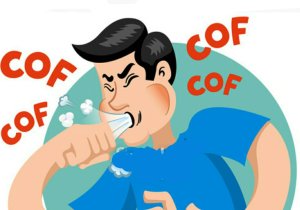 For Linda’s SoCS prompt, I wrote about something thats been bothering me for two days straight now.

It hits you quite suddenly at anytime in anyplace

A cough that just halts your life’s erratic pace

As you hunch yourself over looking like someone with gout

An unreachable itch with no present antidote

The pharmacy sells you the best cough suppressant

Such a simple little thing such as a harsh cough