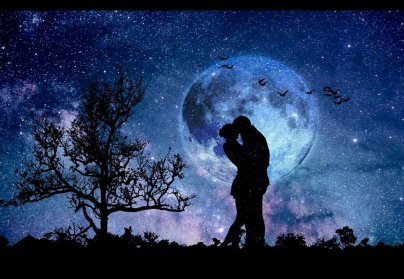 “What am I doing here?” whispered John Davenport to himself as he entered the  restaurant.  There was quite a large crowd there having dinner that evening but, that’s not why John was already planning his hasty exit.  He was there for a blind date, which to him was the equivalent of medieval torture.  John simply hated the whole dating process, period.  The endless text chats that either led nowhere or worse a meeting that was a complete letdown from all the digital verbage that had been previously sent.  He had been single now for about six months, ever since Amy “needed to be free”. Since that time, he had gone out on three lousy dates.  Two were complete lies from their online profiles. The third woman had every possible offensive thing in her that John found offensive in the female race.  Tonight would be the last one for him.  He promised his buddy, Larry that he would meet ‘Karen’ but, then that would be the last date he would go out on for a while. It would be time to start practicing a self-care regiment and focus on himself, maybe learn to play an instrument.  Larry casually knew Karen from some mutual acquaintances and basically volunteered John to have dinner with her. Larry had always been a good friend and supported John through the whole “Emancipation of Amy” hardship. Besides that, tonight was as easy as dating could be after Larry picked the place and time for John to meet Karen.

John stood up at the front of the restaurant and scanned the room for his date.  She had texted him earlier, stating she had auburn hair and would be wearing a dark blue blouse.  The only lone woman in the dining room was wearing a Navy blue blouse (“maybe she changed her mind?”) and had dark red hair (“It kinda looks Auburn?”).  This was the place and it was just about the time to be there,  So John started to walk over to her table.

“Hi, are you Karen?”  John asked through a nervously forced smile. The woman looked up at him and smiled back.  Her face actually lit up her beauty as she grinned.

“Well, its Sharon..but, everyone mixes them up. You must be Ron”.

John snickered back at her,  “Actually, its John..but, also everyone gets that wrong as well.”

He sat down at the table and after just a few Smalltalk bits of conversation, John felt completely comfortable being with her. She had this persona in a woman that he had always wanted in a companion. Her laugh and green eyes just melted into John’s heart as he found himself slowly inexplicably being captivated by this new woman.

Sharon excused herself from the table to go find the lady’s room.  John quickly took out his phone to use the short amount of time to text Larry about how great this date was turning out to be.  He took out his phone and saw he had a text from hours earlier. It was from, surprisingly…”Karen”.

I’VE DECIDED TO GO BACK TO MY BF. SORRY-CAN’T SEE YOU

John looked up from his phone to see Sharon walking back towards the table holding her phone.  She had a look of slight confusion on her face.

“Uh..you’re NOT Ron. The guy, I was supposed to meet. He cancelled” Sharon said as she sat back down at the table.

“Well… you’re not Karen. The woman I was supposed to meet”.

They both sat there dumbfounded and then, they started to laugh at the absurdity of the situation. They decided to continue on with the wonderful evening that they were having with each other before the big revelation. Both of them luckily finding romance with one another simply by missing a text.