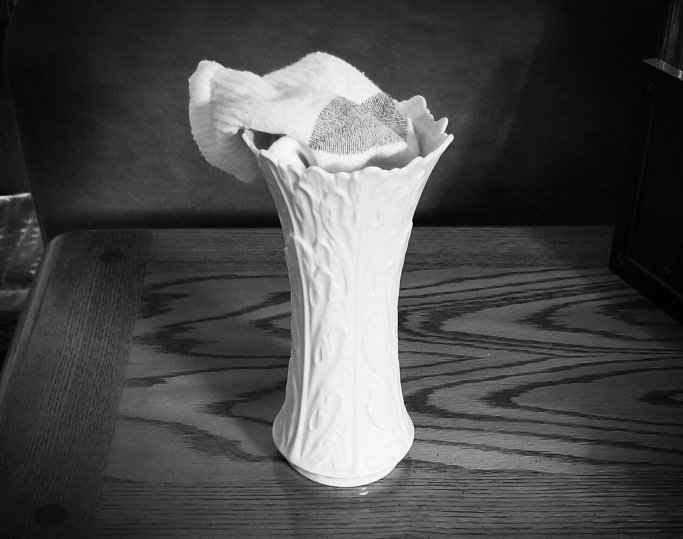 The sound of keys being inserted into the door’s lock told Linda Wojcik that the proverbial “shit was about to hit the fan”.  Her Husband, Peter of three years had come home early from work for a very specific reason.  Through some various reliable sources, Linda had found out that Peter suspected her of having an affair with another man. Today, as it turns out was time for Peter to investigate these claims.  Twenty  minutes earlier, Linda had gotten a text warning from her Best friend, Angela Stancyz that Peter sped out of his place of employment to head straight home.  Linda jumped out of bed, screamed at her lover to leave immediately and she then proceeded to clean up all evidence of this latest daily tryst of hers.   The sheets were pulled up and the pillows were puffed smooth.   Linda then checked her bedroom floor and then the bathroom’s.  Her lover ran out in such a rushed state,  Linda had to be certain nothing was left behind.

The front door slammed open just as Linda spotted her lover’s Sock on the floor in the living room in front of the couch. (the couple’s feats of passion had started here first) like a cat pouncing on a mouse, Linda dove on the floor and grabbed the incriminating footwear seconds before Peter rushed in.

“ALRIGHT, WHERE IS HE?”  Peter shouted at Linda as he started to frantically look around the apartment.

“Why are you on the floor? WHATS GOING ON HERE, LINDA?”  Peter had stopped in the kitchen and was now standing there as if he was considering the next place to look in his home.

Some beads of sweat starting to appear on Linda’s forehead.   She held the Sock in her left hand scrunched up to avoid being seen.   Still, Peter was very good at noticing things out-of-place.   A towel not folded properly or a picture frame hung crooked,  Peter had a keen sense for the out of the ordinary.  Linda had to get rid the sock-and fast.

“I fell Peter, That is all  nothing to worry about.” Linda stared up at him with the same brown eyes that she had used to seduce Peter four years previous. Little did she realize then that being married to him would turn out to be incredibly dull.

Peter shook his head in disgust and headed down the hall into their bedroom.   This was Linda’s only chance.   She got up on her feet and started to head towards the kitchen garbage.   Her lover would have to just buy another pair of sox.   A small price to pay after what she had given them within the last two hours.   Linda was three steps away from the kitchen’s entrance when she heard Peter step out of the bedroom and into the hallway.  She stopped short in her tracks, frozen from total panic.  Her mind started racing.

She looked down at her leggings for pockets, which there were none.  Her heart was pounding with even more intensity  as Peter got closer and closer.  The sock was now moist from the panicking sweat in Linda’s  hand. Her eyes darted around the apartment finally stopping on the large vase that her mother in law had given as a wedding present. Linda ran over to the end table where the vase stood and crammed the sock down into its base. She then spun around and faced Peter just as he took his last step out of the hallway.

“Linda, my darling. I am so sorry, that I accused you.” Peter’s tone had drastically changed to one of genuine remorse. He took some gentle steps towards Linda with his arms outstretched. The trial was over and Linda felt herself slowly feeling relieved and calm.

Peter embraced Linda and kisses her on the lips. He pushes her away with a look of confusion. He had smelled something familiar, A fruity scent that came off the side of Linda’s neck.  It took a minute for Peter to recognize the aroma, it was of Apricot.  Then Peter remembered where he had smelled this before.  It was a particular favorite body spray of his twin sister, Petra.

Peter looked at Linda with this sudden look of quiet shock and accusation.

Linda stood there first looking stunned and then guilty.  She backed up into the table almost knocking over the vase that still had a sock crammed inside.  Her cheeks now appearing to give off a slightly embarrassed glow of red.

“What can I say?” Linda purred.

“I really like your family, Peter”. Linda then smiled knowing full well that she may have hidden the physical evidence of her affair really well but, the scent of a lover always gives you away.

This short was inspired by the Three Things Challenge prompts: sock, vase, Apricot